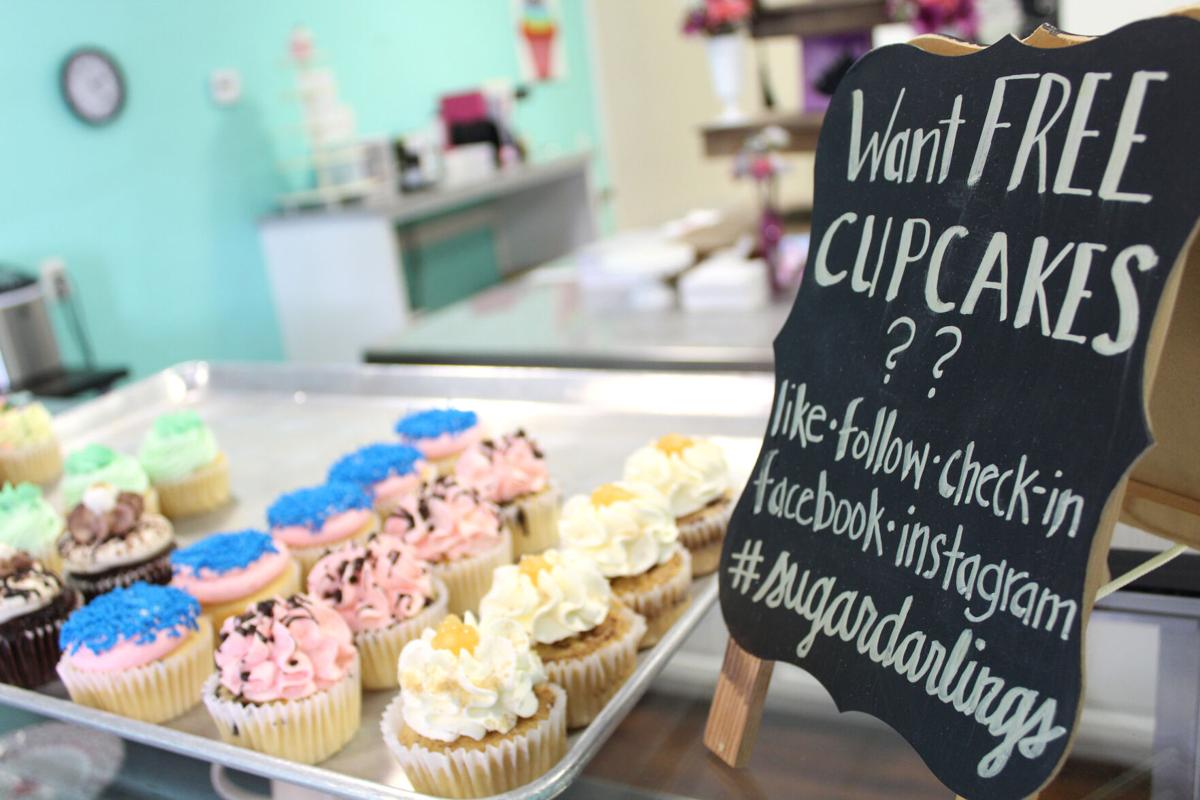 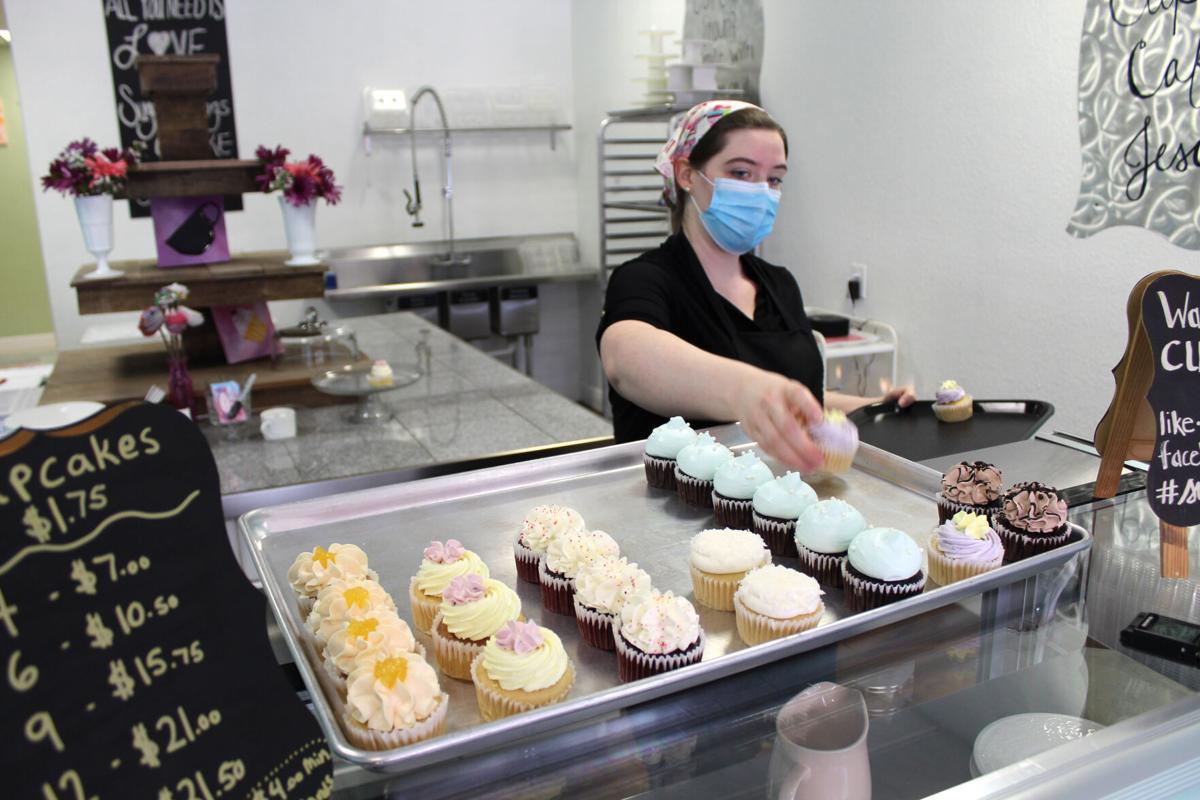 Awbry Cook, a manager at Sugardarlings Cupcakes, restocks a tray of Lil’ Darlings at the Carrollwood location on Dale Mabry Highway. 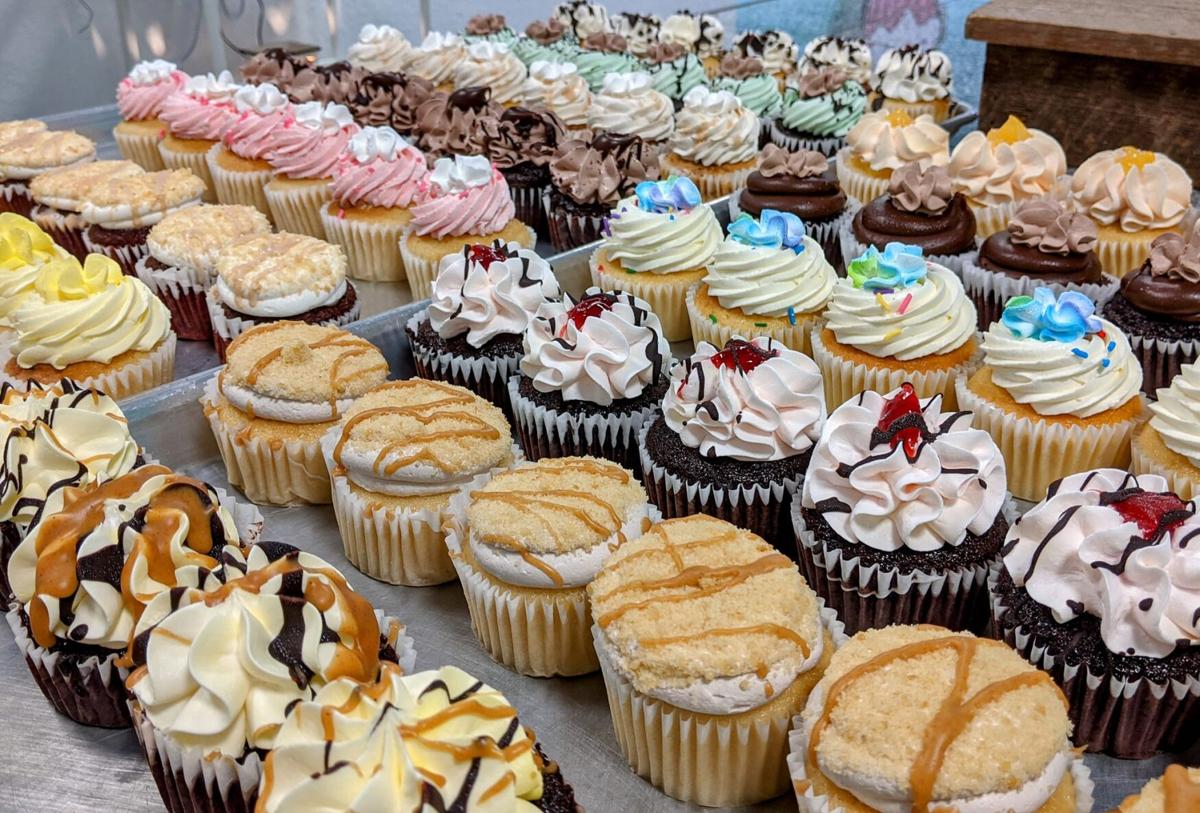 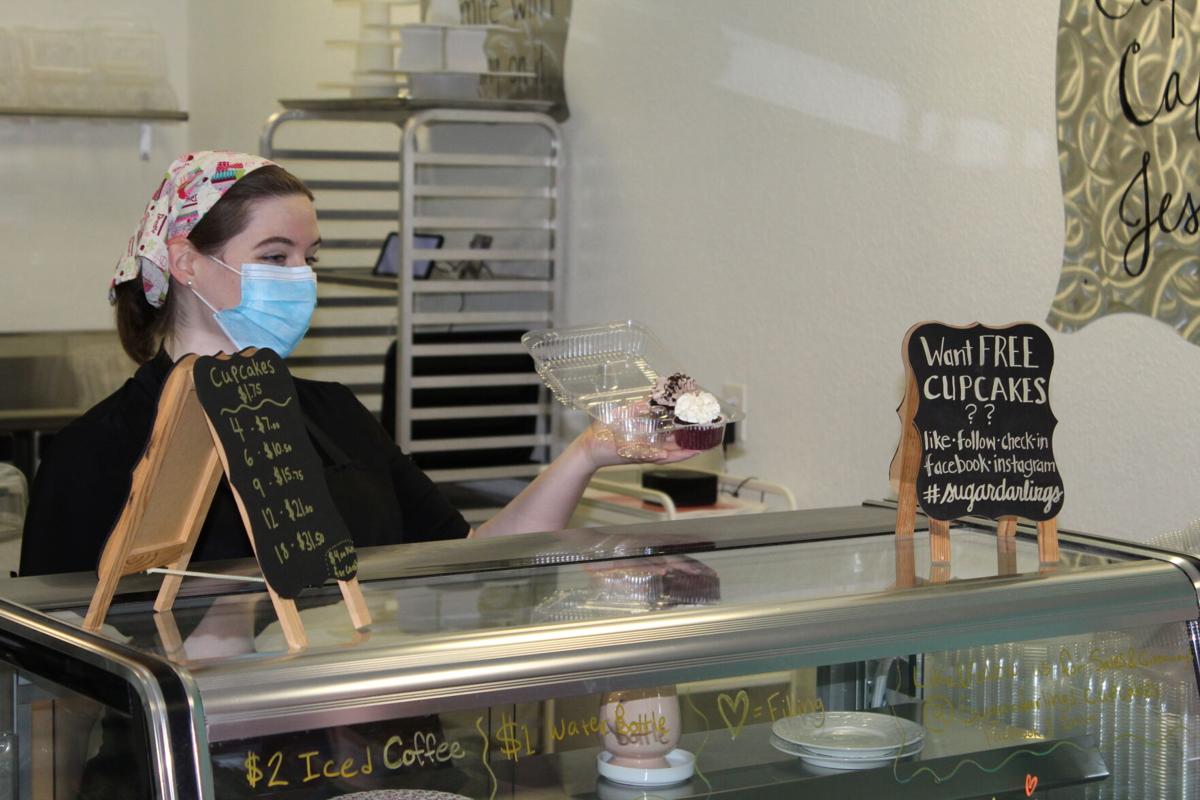 Awbry Cook, a manager at Sugardarlings Cupcakes, restocks a tray of Lil’ Darlings at the Carrollwood location on Dale Mabry Highway.

CARROLLWOOD — If it’s autumn and the holiday season, that means it’s prime time for cupcakes. At least according to the calendar.

Not that many people need a special day to unwrap and throw down one of their favorite little iced treats, but cupcakes get the spotlight on multiple occasions from mid-October to mid-December.

Keep it vanilla? Celebrate with a batch on Nov. 10.

Whether it’s in recognition of a special calendar date or special event or just a regular, old Wednesday, cupcake lovers in northwest Hillsborough and throughout the Tampa Bay area can count on Sugardarlings Cupcakes to satiate cravings.

Sugardarlings has been in the cupcake game since founder Jessica Beebe opened the first location in downtown New Port Richey in 2009, right in the teeth of a craze and soaring demand for gourmet cupcakes. Since then, the New Port Richey shop relocated and three more Sugardarlings set up shop. Pinellas County has its Tarpon Springs location, East Pasco has one in Lutz and Hillsborough got its Carrollwood storefront in 2018.

With a listing of more than 80 flavor possibilities, Sugardarlings has a little something — or a Lil’ Darling — for everyone. That’s the name of the operation’s primary product, which is a standard-sized cupcake, said Awbry Cook, manager at the Carrollwood and Lutz locations. There is a jumbo size that can be specially ordered, Cook said, but Sugardarlings’ primary focus is on creating its Lil’ Darlings in all flavors, varieties and colors.

“We try to have a good selection of fruity, vanilla and chocolate flavors, and a couple seasonal ones mixed in too,” Cook said from the Carrollwood location, 11751 N. Dale Mabry Highway, after helping a couple select a birthday batch.

Thanksgiving is on the list of high-volume holidays for plenty of bakeries and Sugardarlings is no different. The business just wrapped up its Thanksgiving special of a dozen seasonal flavors — apple cider, pumpkin maple pecan, blueberry cobbler, etc. — for $21. The store is now rolling right into Christmas season and Cook said another special will be promoted soon.

“We’ll poll our customers on Facebook and see what they want,” Cook said. “Then we discuss among employees and see which ones we want to put together.”

Which flavors get decided upon, such as peppermint bark, egg nog and hot cocoa for Christmas, affect all four locations, as well.

“It’s a whole production,” Cook said while describing the stores’ process. “We bake them at the Tarpon Springs store and decorate in New Port Richey and then they deliver to all the different stores.”

Much of Sugardarlings’ business comes from walk-in customers, Cook said, as guests get to pick from a variety of encased treats. Not every flavor on the menu is prepared each day, of course, but customers are welcome to order in advance a dozen of their choice, including some gluten-free options.

Sugardarlings also receives business from large events, be it birthday or graduation parties, weddings or corporate gatherings, though that is just recently starting to come back with COVID-related restrictions and concerns abating.

Fortunately for Sugardarlings, Cook said, the business began using delivery apps like Uber Eats and Doordash not long before the pandemic struck. “That helped a lot for people not wanting to leave the house or wanting to send a gift to somebody they can’t see.”

At the moment, Sugardarlings is holding steady with its four-store operation, Cook said.

“We need to stabilize everything and calm down after COVID and then we might then think about other stores,” she said. “Around here we get a lot of requests for South Tampa and Brandon, but right now we’re not looking to expand. But we’ll see what happens in the future.”

To find more information about Sugardarlings Cupcakes and all four locations, go to the business’s website at www.SugardarlingsCupcakes.com or visit its Facebook page.