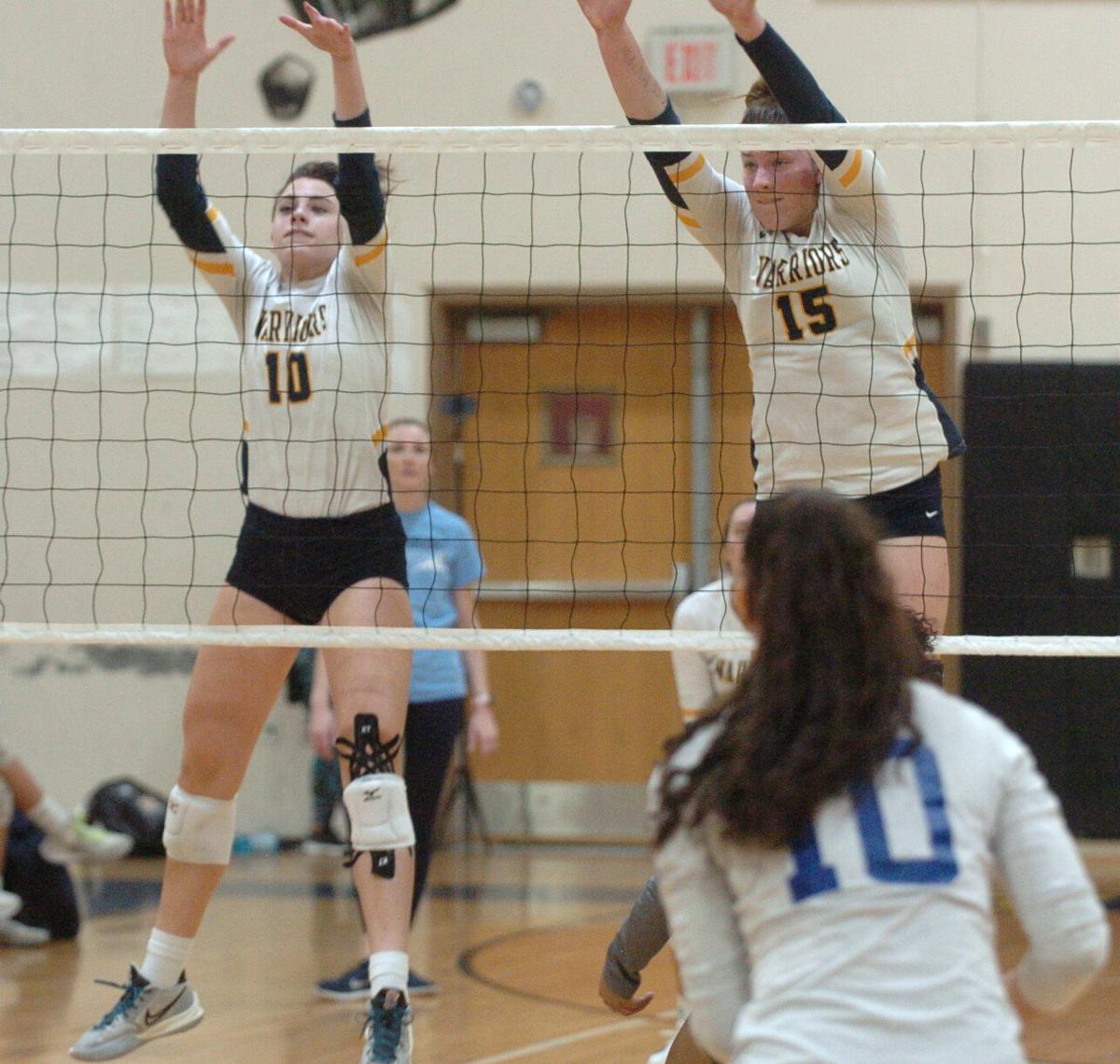 Steinbrenner's Izzy Mogridge, left, and Liv Mogridge join each other at the net to attempt a block. 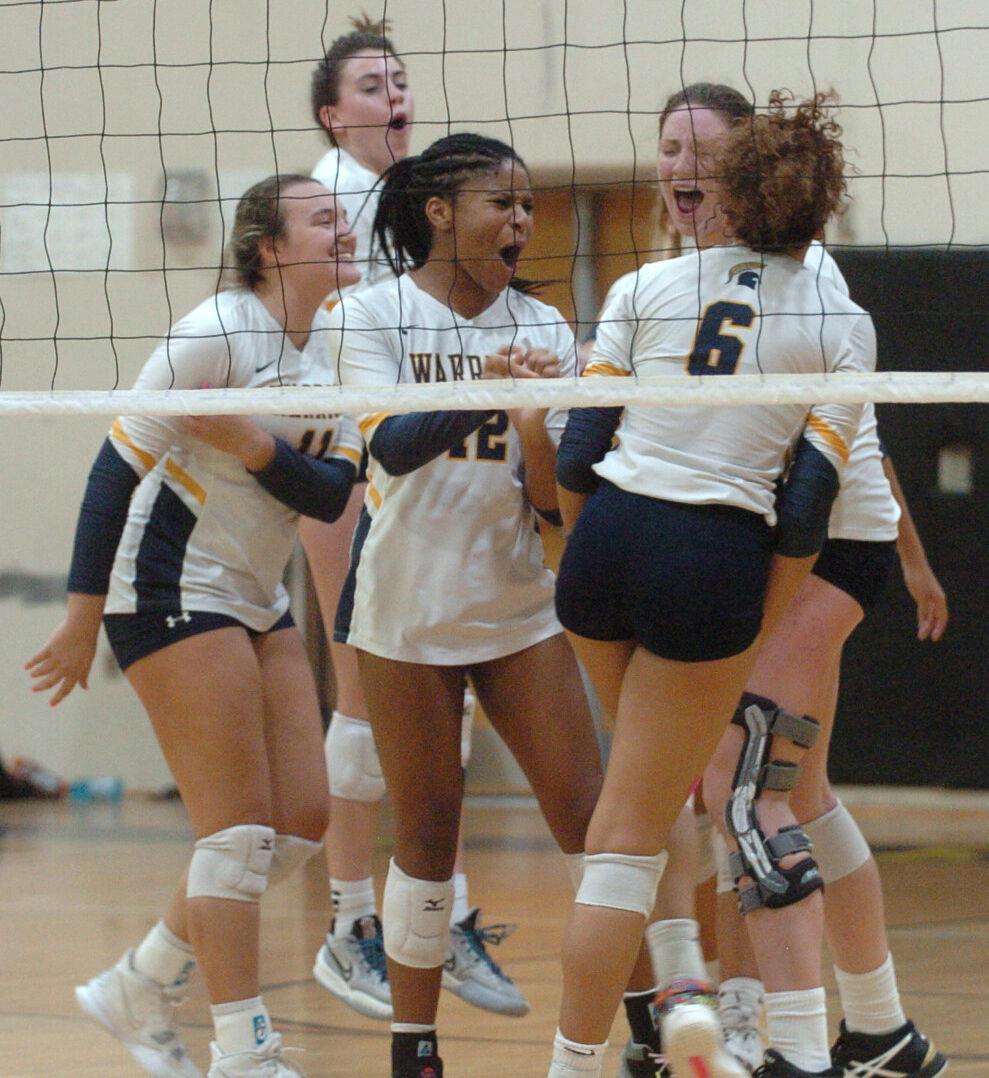 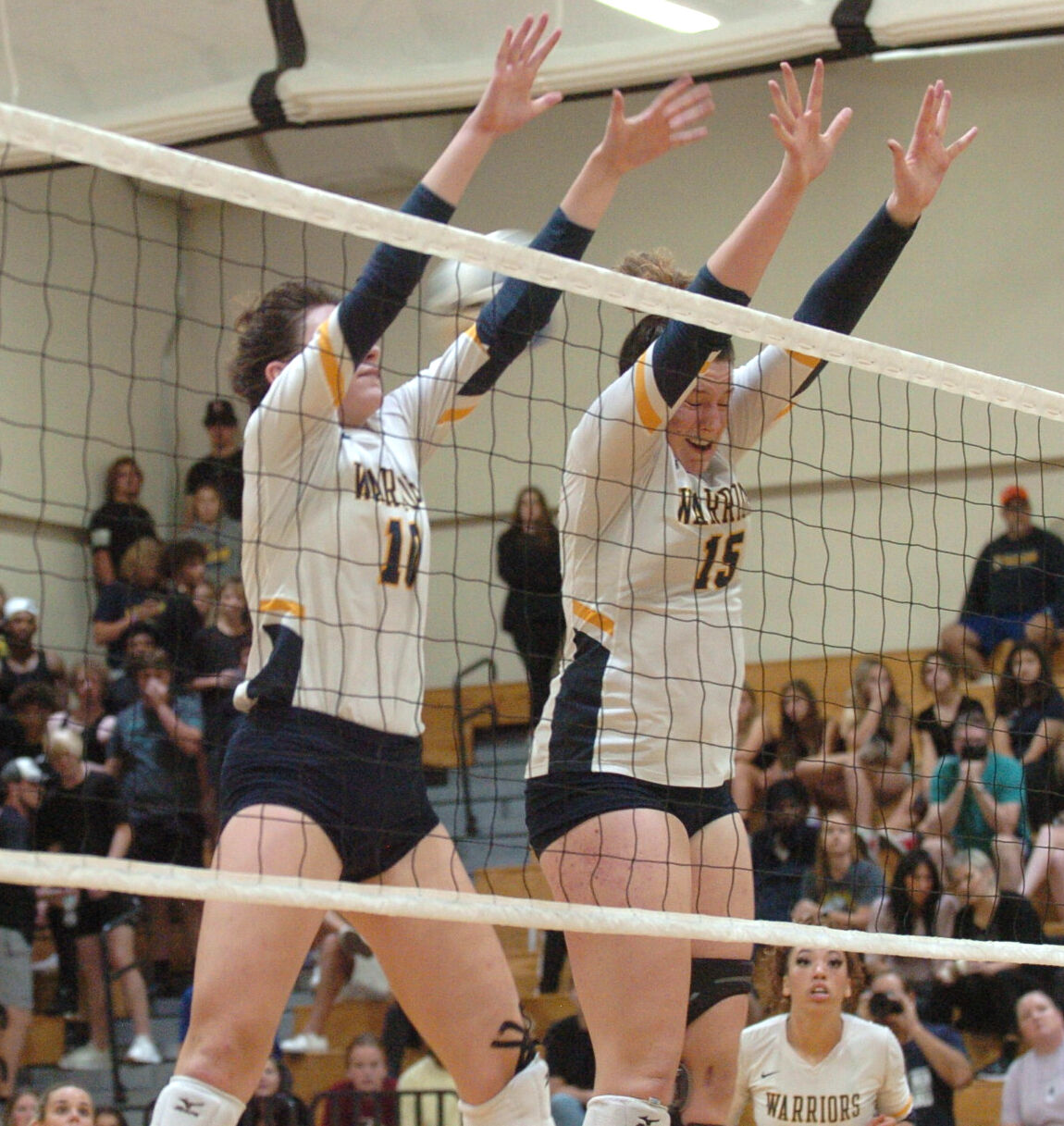 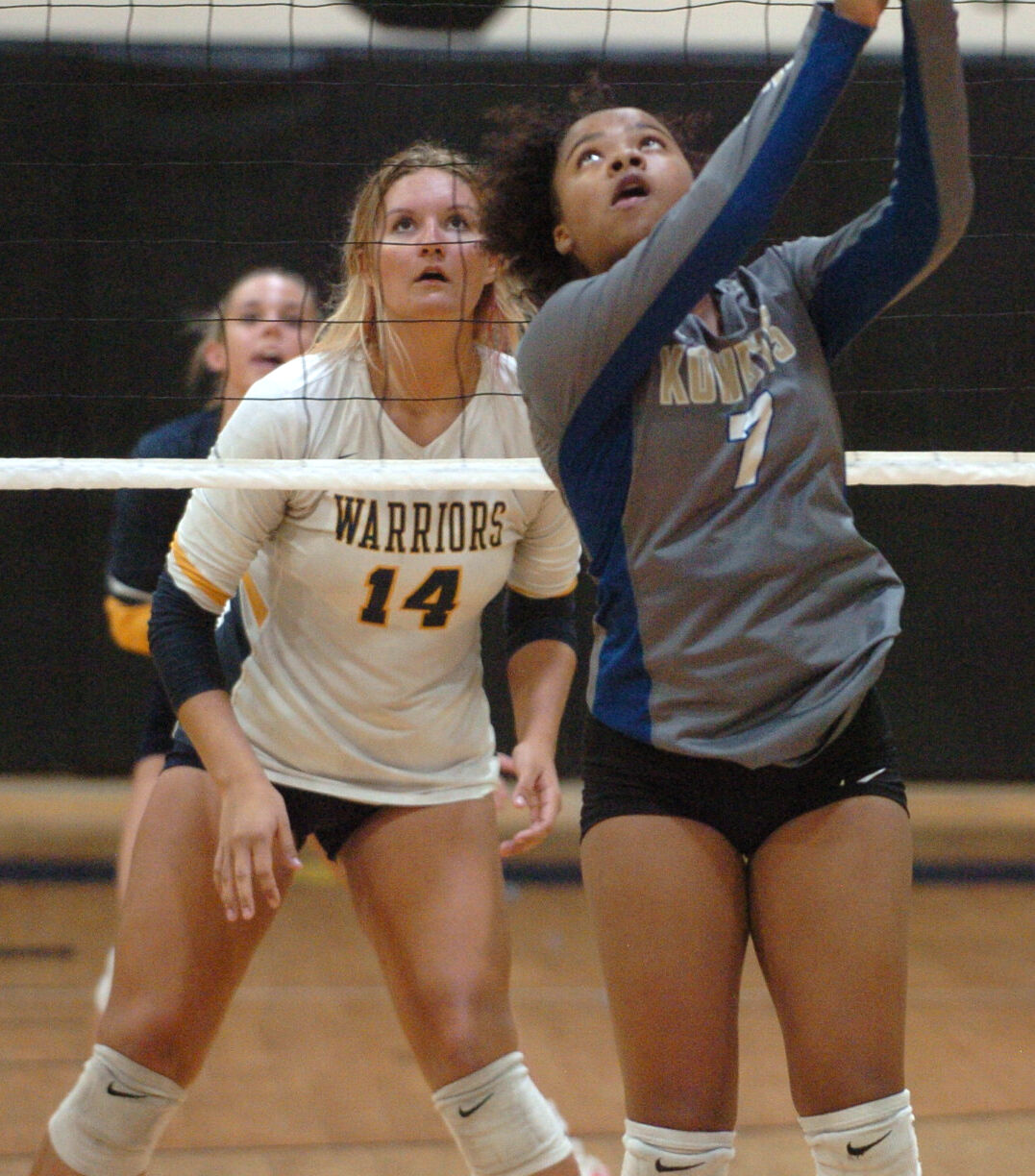 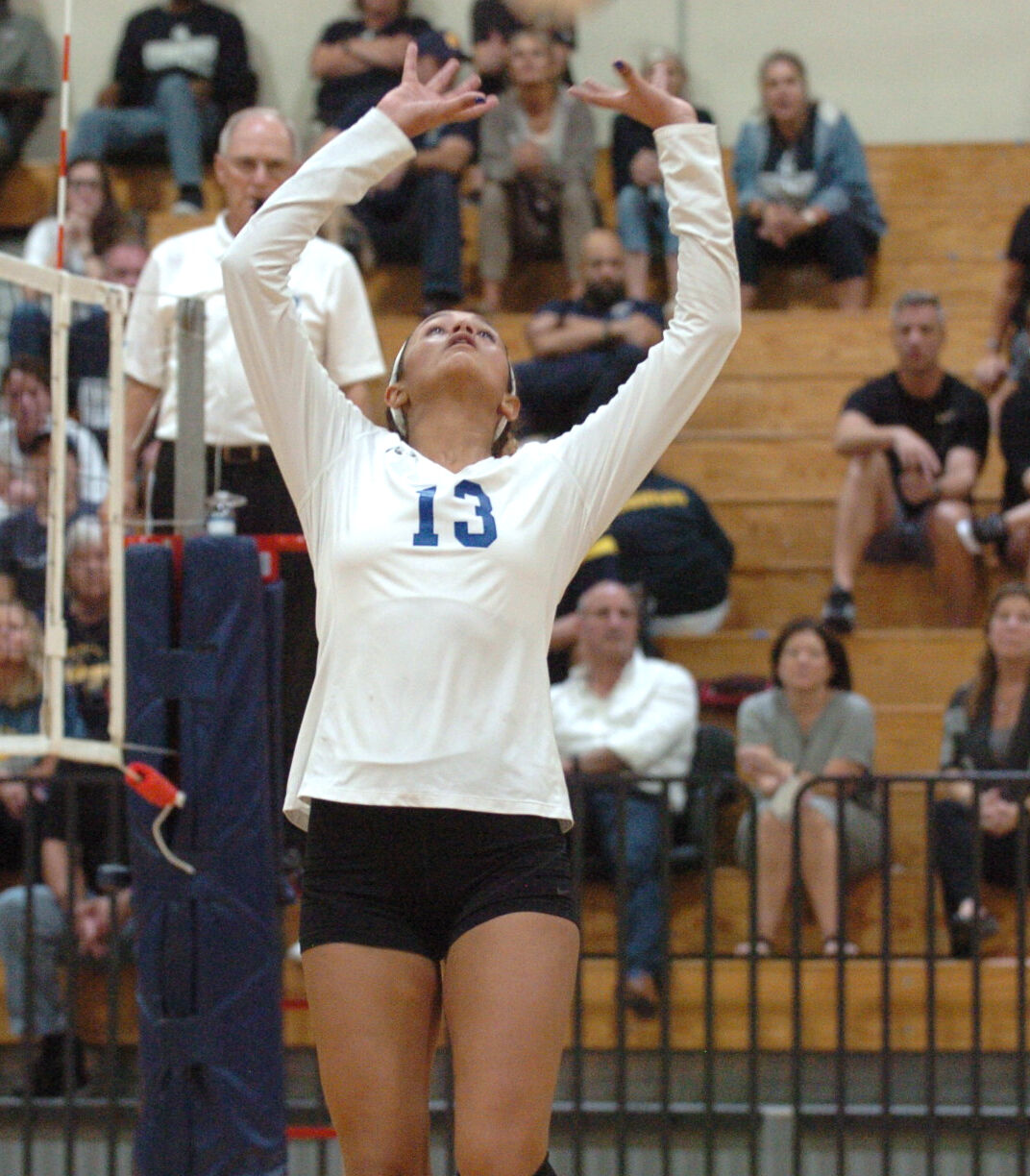 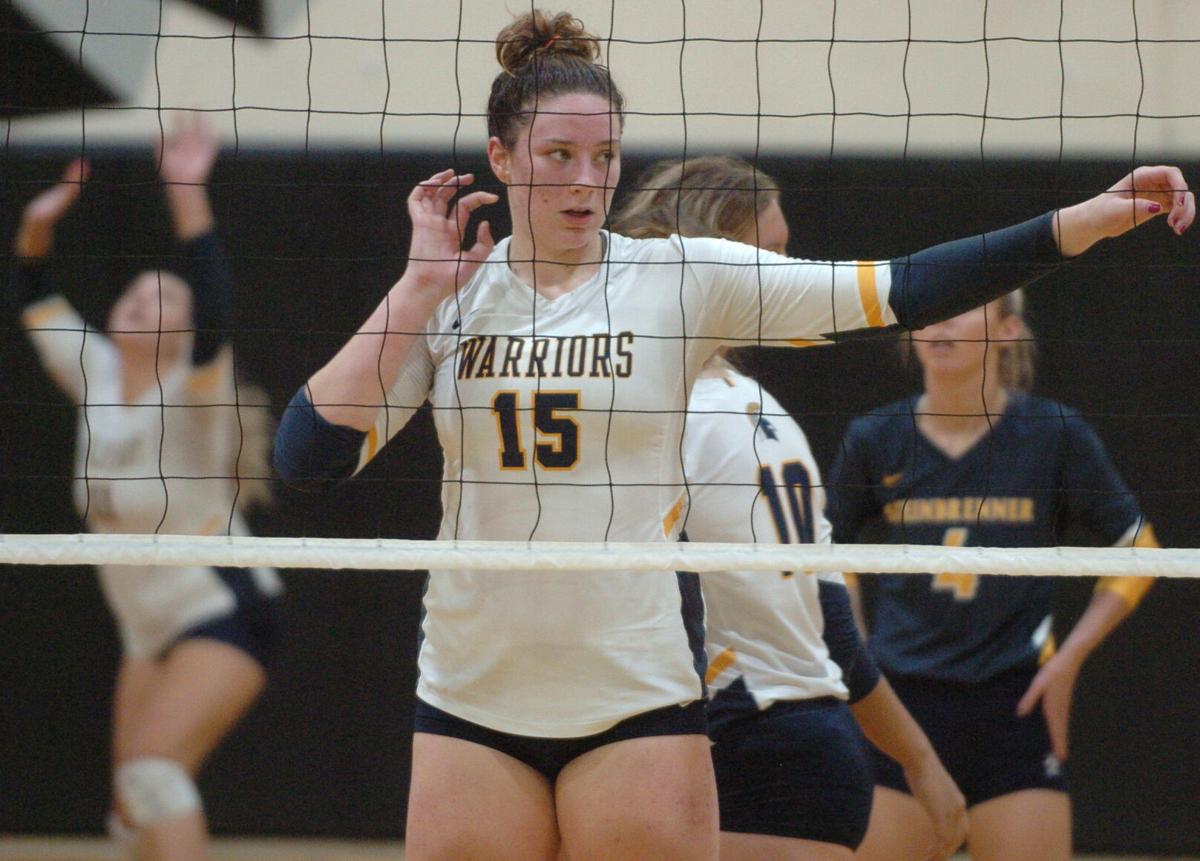 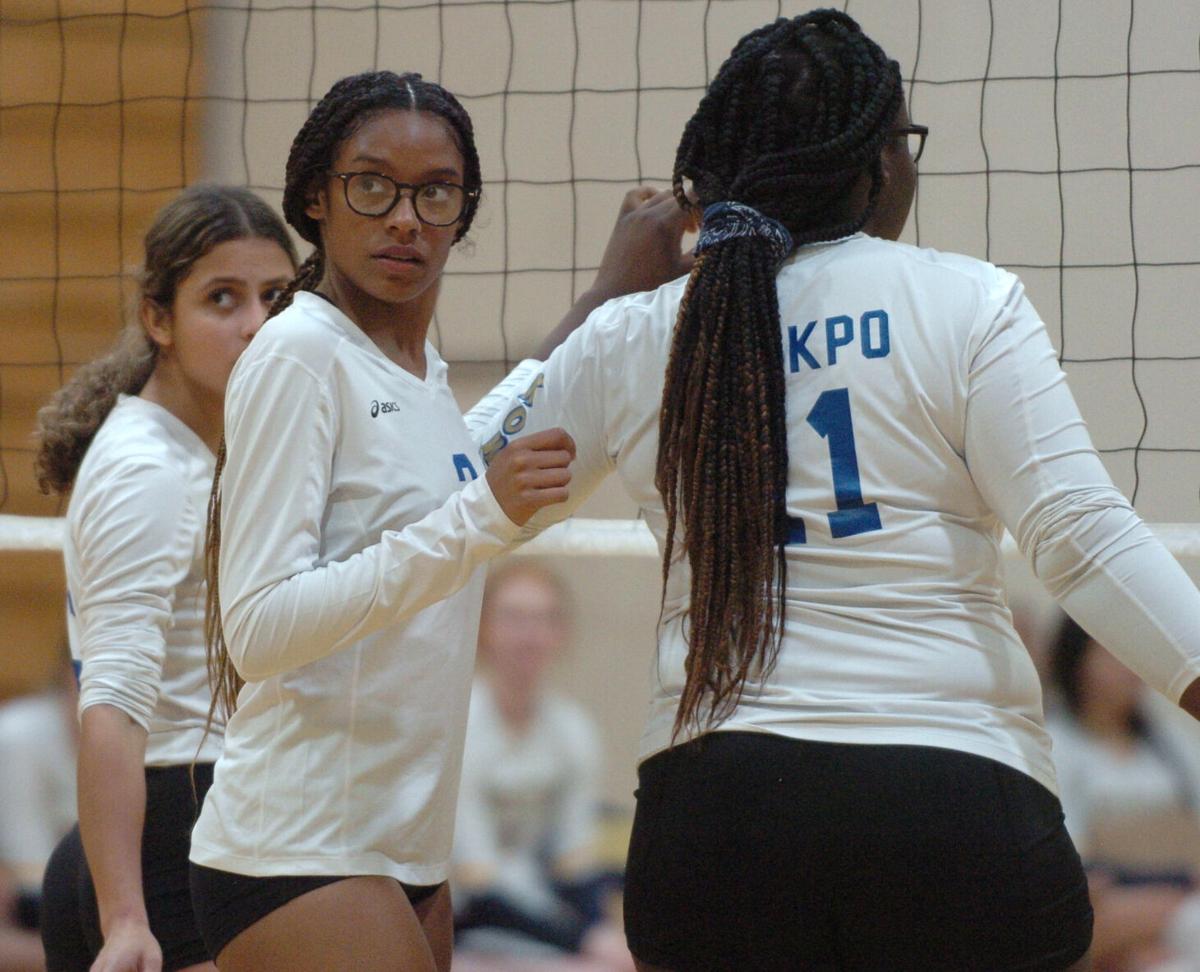 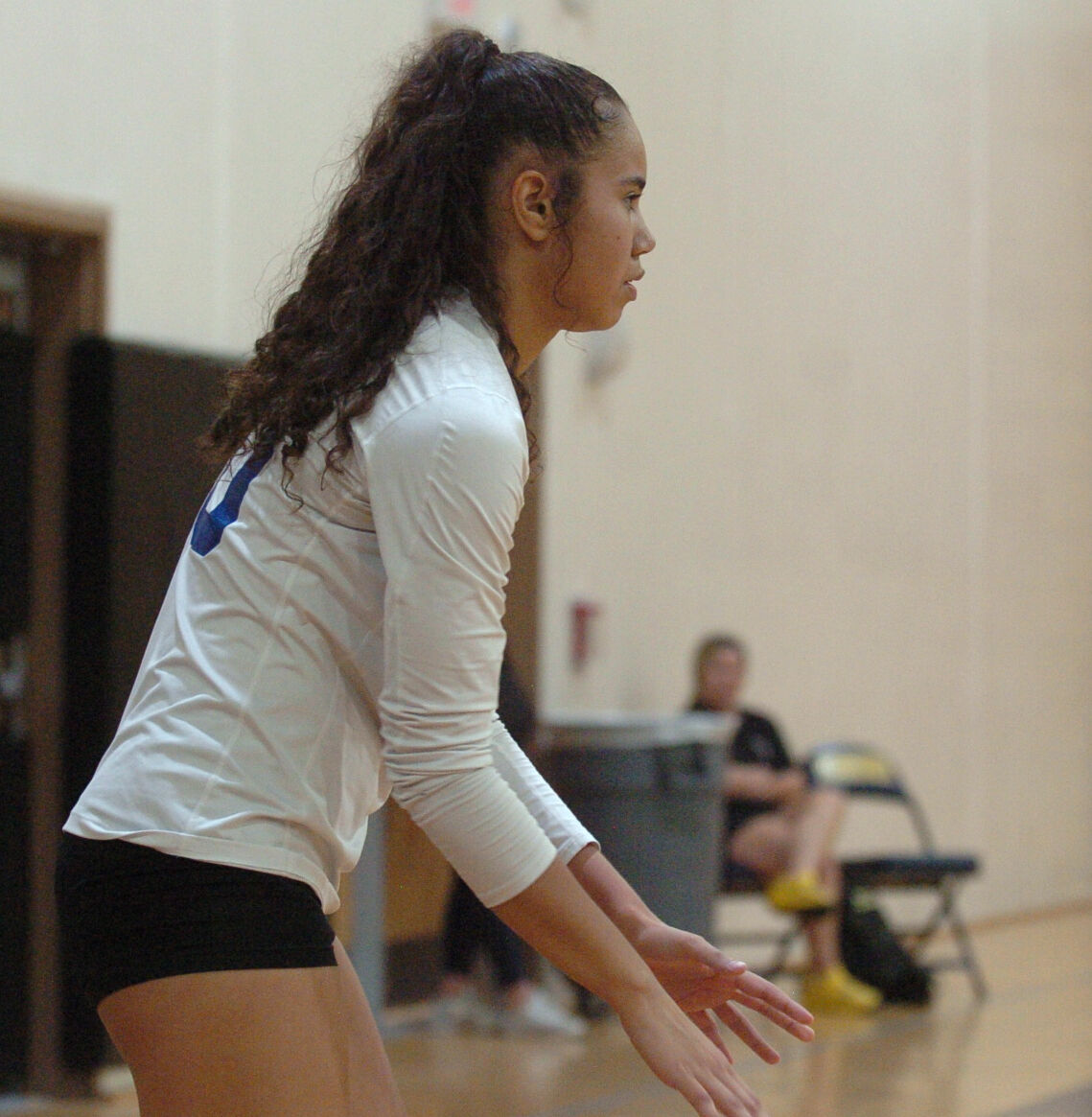 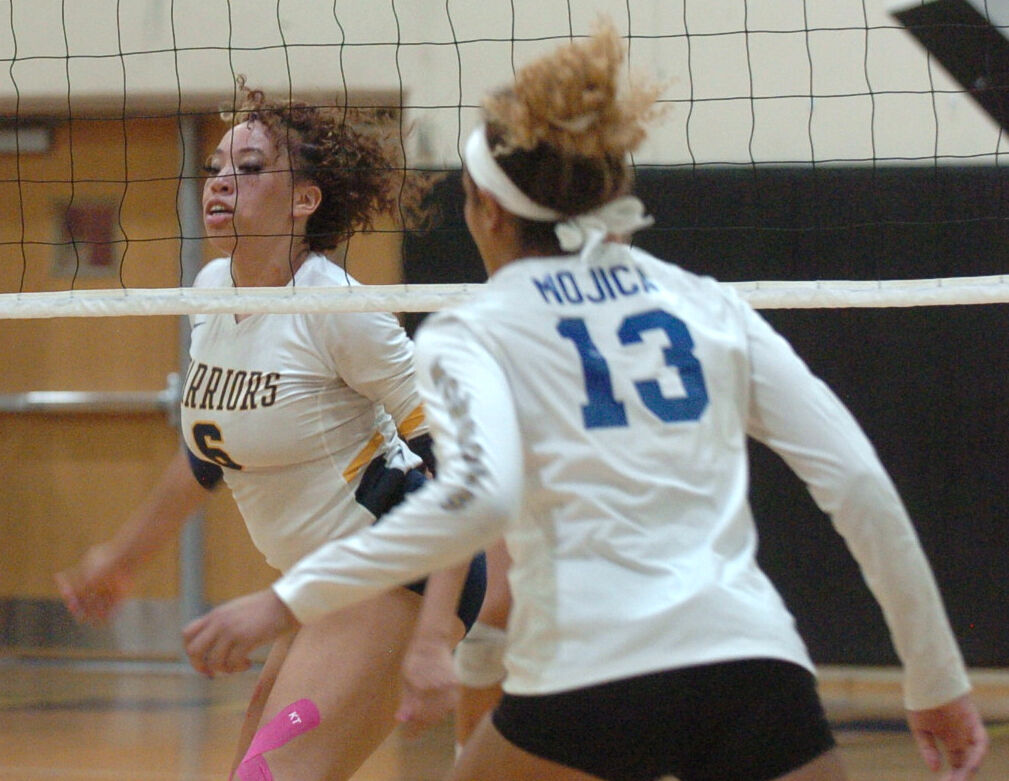 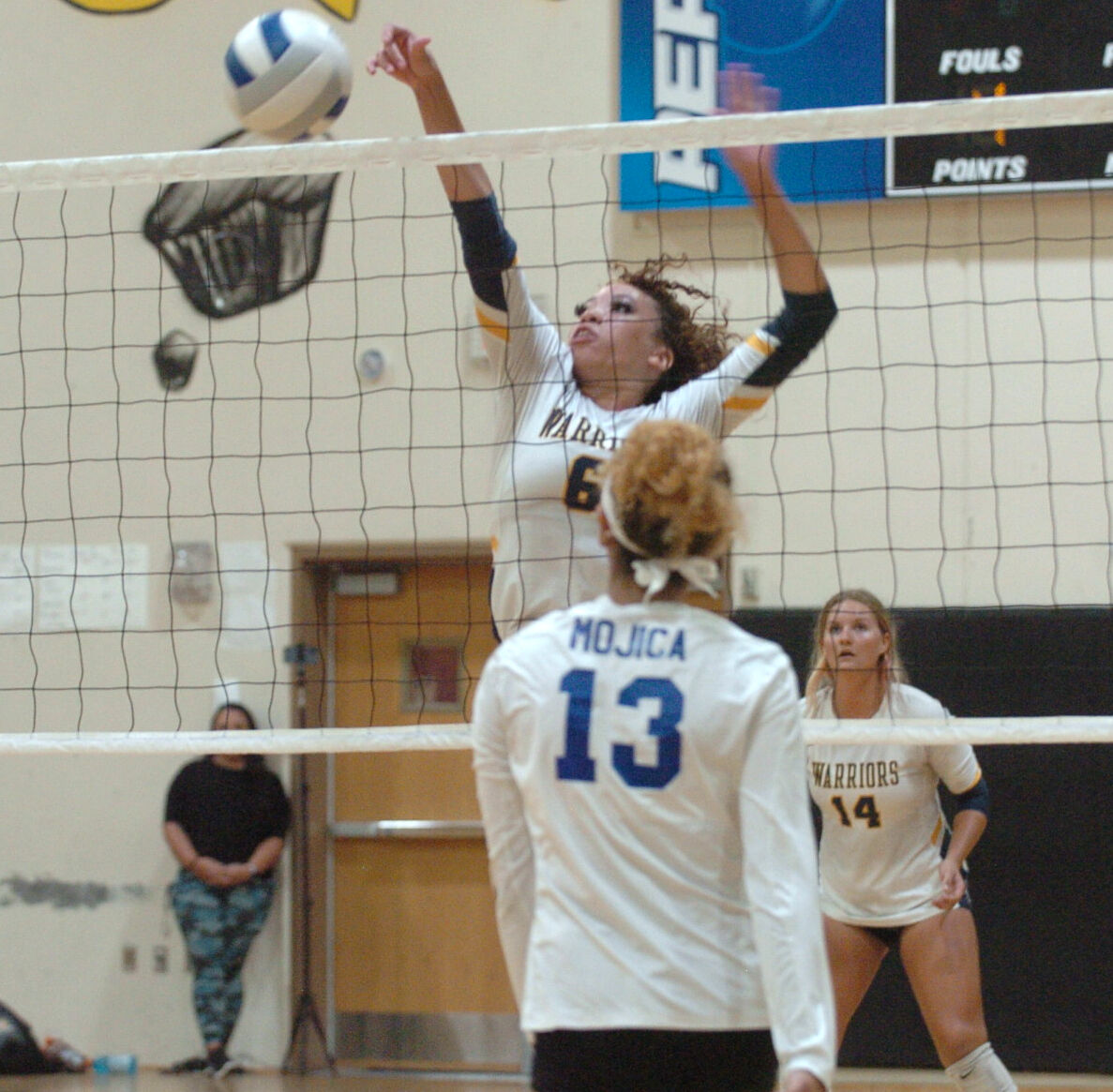 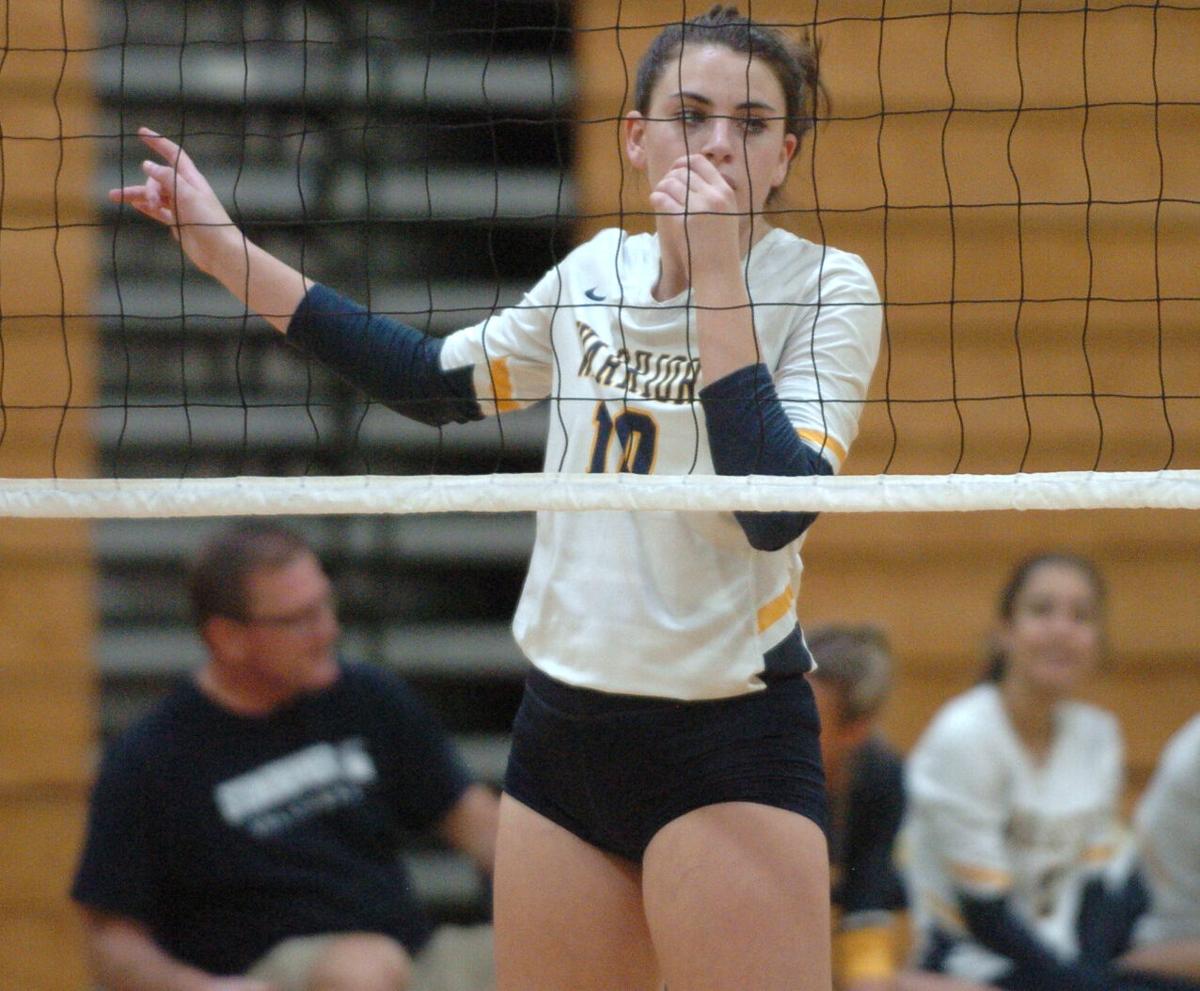 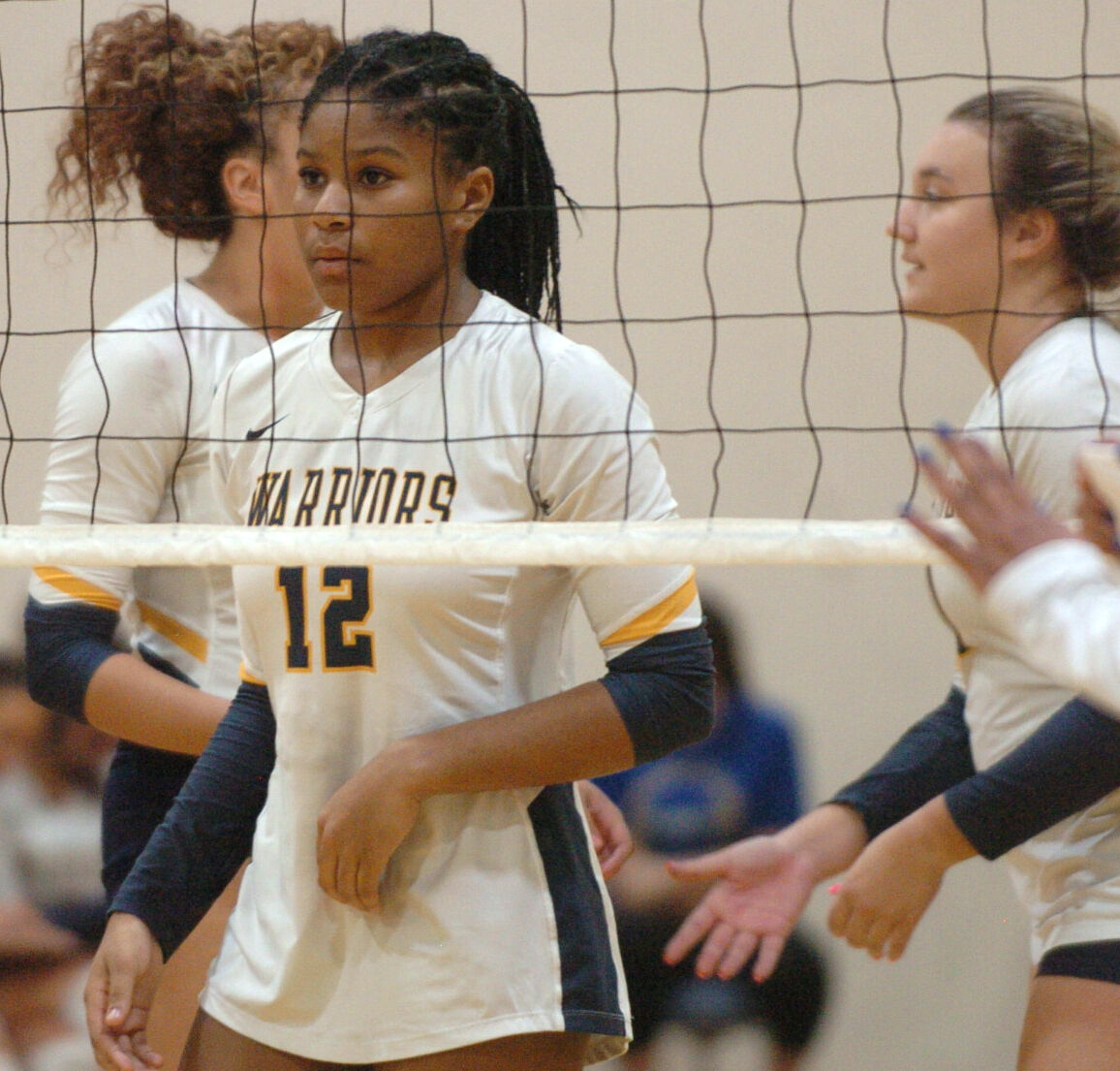 Steinbrenner's Izzy Mogridge, left, and Liv Mogridge join each other at the net to attempt a block.

LUTZ – Steinbrenner is returning to the region semifinals for a third straight year after picking up an impressive 3-0 sweep of visiting Kissimmee Osceola.

Wednesday’s Class 7A Region 3 quarterfinal victory sets up the annual postseason clash with recent rival Plant High. The Panthers, who fell at Steinbrenner 3-2 during last week’s District 7A-7 title match, advanced to the Nov. 3 region semis by going on the road and sweeping Newsome.

Next Wednesday’s match at Steinbrenner will be the third year in a row the Panthers and Warriors meet in regional play. The Panthers won both previous meetings 3-1, with last year’s coming in the semis and 2019’s in the region finals.

Setting the rematch up required Steinbrenner not looking past a quality Osceola squad. Similar to the Warriors, the Kowboys (20-8) played in a district (7A-5) that qualified three teams into Region 3, led by No. 3 seed Lake Nona, last year’s Class 7A state runner-up.

The Kowboys and leading attackers Kaitlyn Taylor, Ahnika Johnson and Yarelis Lopez helped Osceola jump out to a quick 7-2 advantage in the first game, but sustaining that pressure proved difficult against top-seeded Steinbrenner.

The Warriors responded with runs of 6-0 and 5-0 to take control in the first game, eventually winning 25-20.

The second and third games played close until about the 15-point mark, at which point Steinbrenner took over. Following the brief, opening lull to start the match, Steinbrenner appeared to get stronger and more assertive throughout.

“They just got more comfortable and confident in what they were doing,” said Warriors coach Sabrina Shoemaker. “Once they find rhythm, they’re pretty fun to watch and they’re pretty hard to beat.”

“They’re an energy-based team,” Shoemaker said. “They love to compete, they love to compete with each other, so when they’re able to make those big plays, that just kick-starts us. We have so many weapons on this team and when one makes a play the rest just feed off it.”

Steinbrenner took control in the backcourt as well, making it exceedingly difficult for Kowboys kill attempts to find the floor. Senior libero Madison Espy finished the night with 21 digs.

After allowing the first game to get away from it, Osceola’s best chance at picked up a victory came in the second. Multiple kills by Chin, Mogridge and freshman Izzy Mogridge ballooned Steinbrenner’s lead to 22-14, but the Kowboys and their small but boisterous fan base fought back to within four points, 23-19, to force a Warriors time out.

“Just bringing it back to the mental aspect,” Shoemaker said of the time out. “Sometimes we just need to regather and refocus and as soon as we do, we’re right back on track.”

Osceola narrowed Steinbrenner’s second-set lead to 24-23, but a service error ended the threat. After taking a 12-9 advantage in the third and final set, the Warriors never let the Kowboys get any closer before wrapping it up 25-19.

The Nov. 3 region semifinal match between Plant and Steinbrenner will be hosted by the Warriors and begin at 7 p.m.