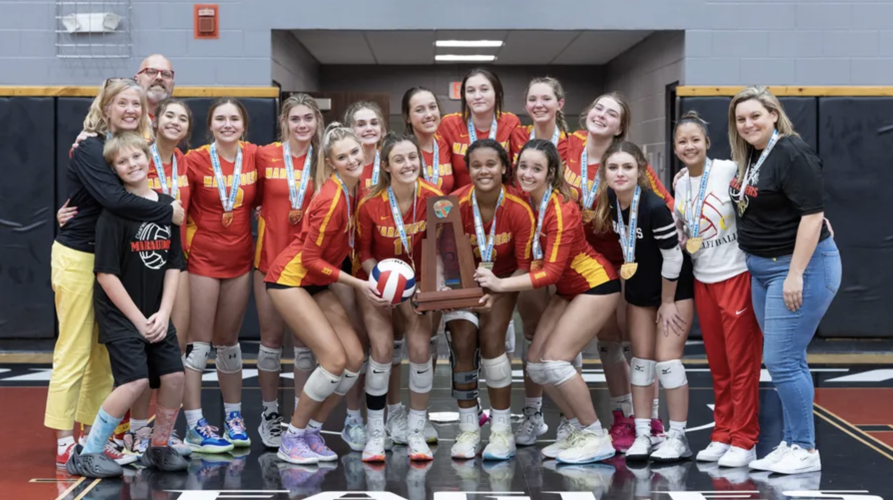 The Clearwater Central Catholic volleyball team poses for a celebratory photo after defeating previously unbeaten Miami Westminster Christian, ranked No. 1 in the state regardless of classification by MaxPreps in the Class 3A finaThe Clearwater Central Catholic volleyball team celebrates after defeating Miami Westminster Christian in the Class 3A final. 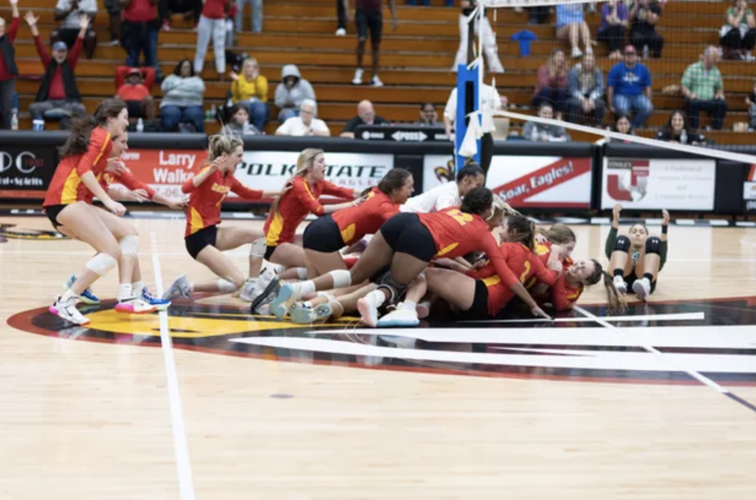 The Clearwater Central Catholic volleyball team poses for a celebratory photo after defeating previously unbeaten Miami Westminster Christian, ranked No. 1 in the state regardless of classification by MaxPreps in the Class 3A finaThe Clearwater Central Catholic volleyball team celebrates after defeating Miami Westminster Christian in the Class 3A final.

CLEARWATER — Against what seemed like insurmountable odds, Clearwater Central Catholic’s volleyball team trotted onto the floor Sunday night for the Class 3A final and made yet more magic.

The opponent was Miami Westminster Christian, the state’s top-ranked team by MaxPreps regardless of classification. The Warriors had dropped only three sets all season in compiling a 27-0 record and had gone 19 straight matches without doing so.

The Marauders, a district runner-up, entered the match with a 20-7 record.

But Clearwater Central Catholic never blinked in a 3-0 victory.

“I could see it in my team’s faces before the match,” CCC coach Wendy Hensley said. “You can see how a team feels before a match just by looking at them, at their body language. I looked at them and I said, ‘We’re going to win.’”

What followed was more spectacular play from a group that found its groove while winning four matches in arguably the state’s toughest region after falling 3-0 to Calvary Christian in the Class 3A, District 10 final.

“After that loss to Calvary I told the team, ‘I still know you’re the best team in the state. All you have to do is play together,’” Hensley said. “I said, ‘Now we’re setting our lineup and going with it.’ And then they came together in an amazing way and played fantastic in every match after that.”

In a match that was tight throughout, CCC ended up sweeping Westminster Christian, 25-22, 25-23, 27-25, handing the Warriors as many set losses in one day as they had experienced all season.

“No moment ever felt too big for us,” said Cairo, who transferred to CCC after helping Calvary Christian win a state title last season. “We were ready for whatever might happen and for however long it might take.”

It was confidence born from being battle-tested.

Besides playing powerhouses during the regular season (including Plant and 2022 Class 7A state champ Venice, along with several out-of-state heavyweights), CCC had to fight through a region that featured stout lineups from Berkeley Prep, Tampa Prep, Cardinal Mooney and Ocala Trinity Catholic.

“It doesn’t get any tougher than that,” Cairo said. “And we knew that was true.”

The victory gave CCC its first state volleyball title since 2014 and fourth overall (the others coming in 1985 and 1981), accomplishments that were celebrated in a rousing pep rally at the school Monday afternoon.

“The energy at this school is so wonderful,” Hensley said. “The ‘Red Wave’ (the name of the CCC student section) was so big and loud at the state final match that it felt like a home match.

“It was a beautiful ending to a magical season.”