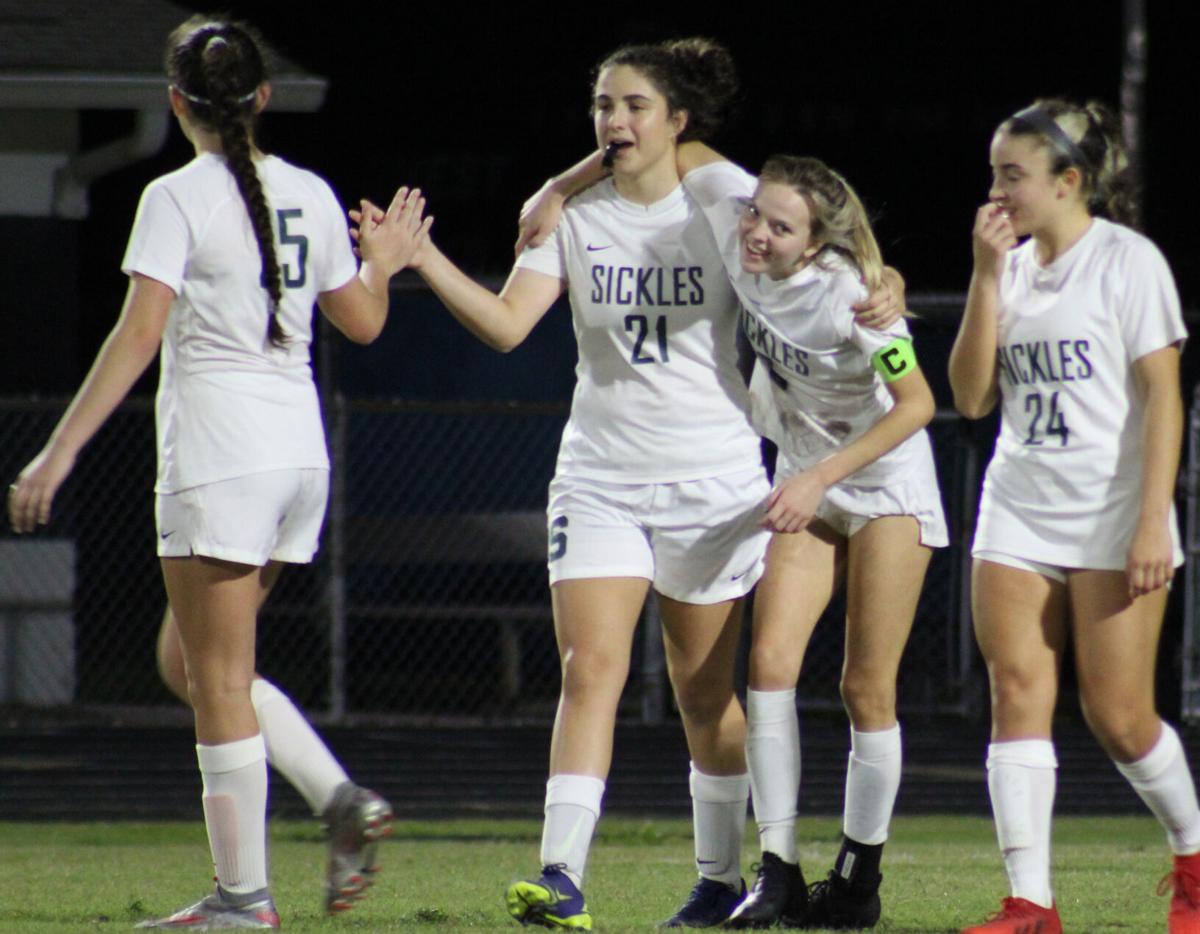 The Sickles girls soccer team is in the midst of its best season in years, notching high-quality wins over district opponents Plant and Steinbrenner. 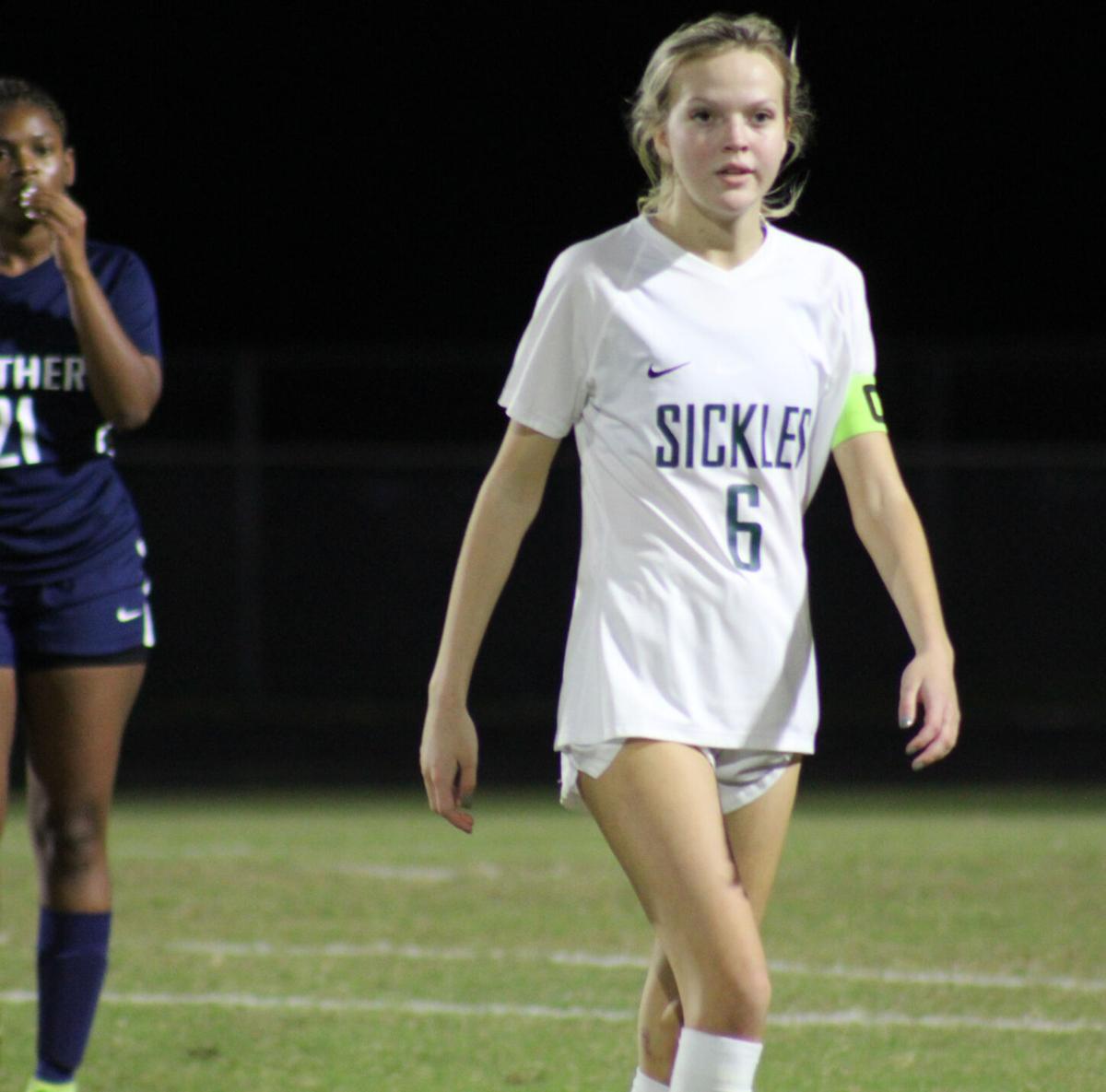 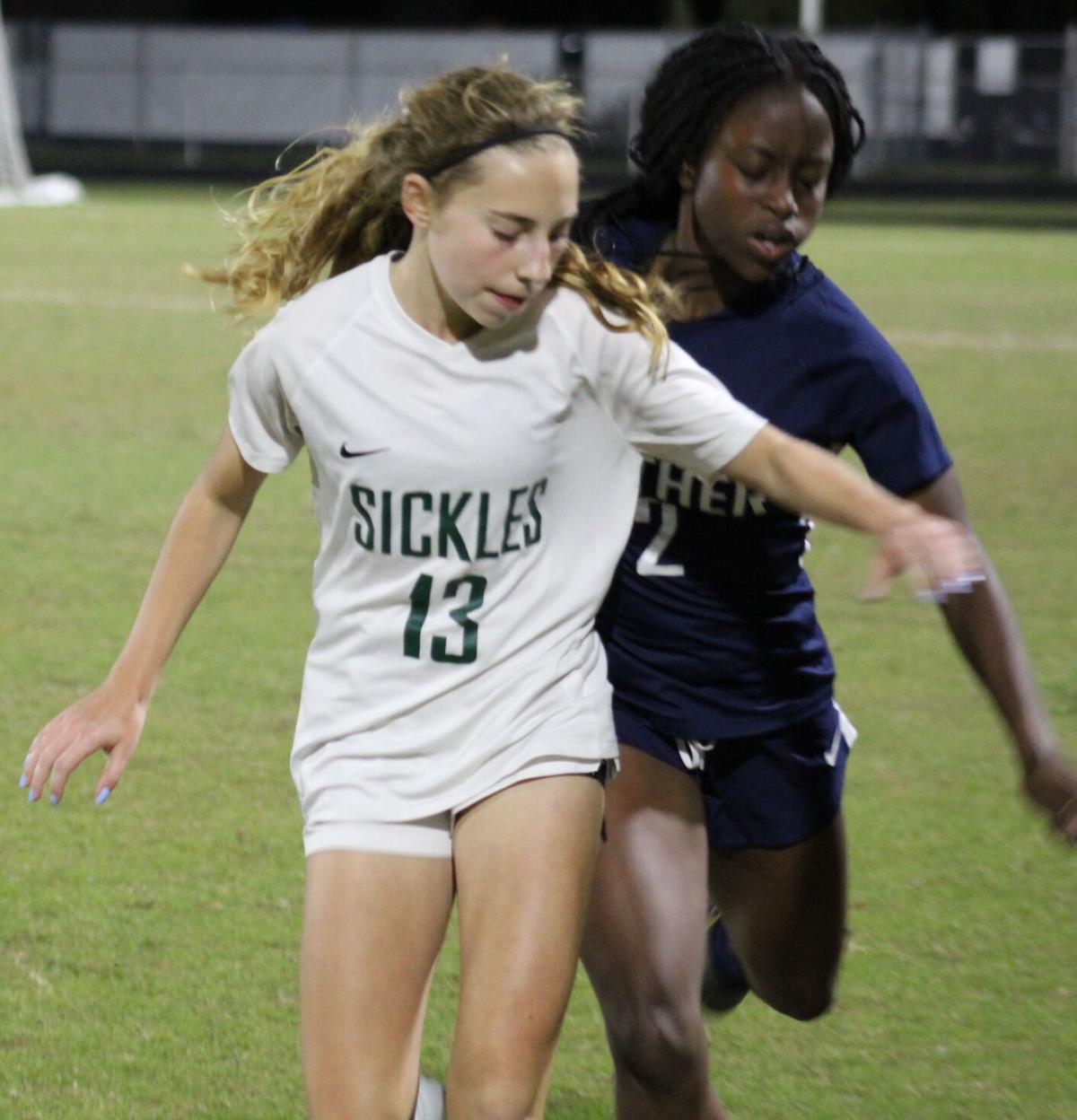 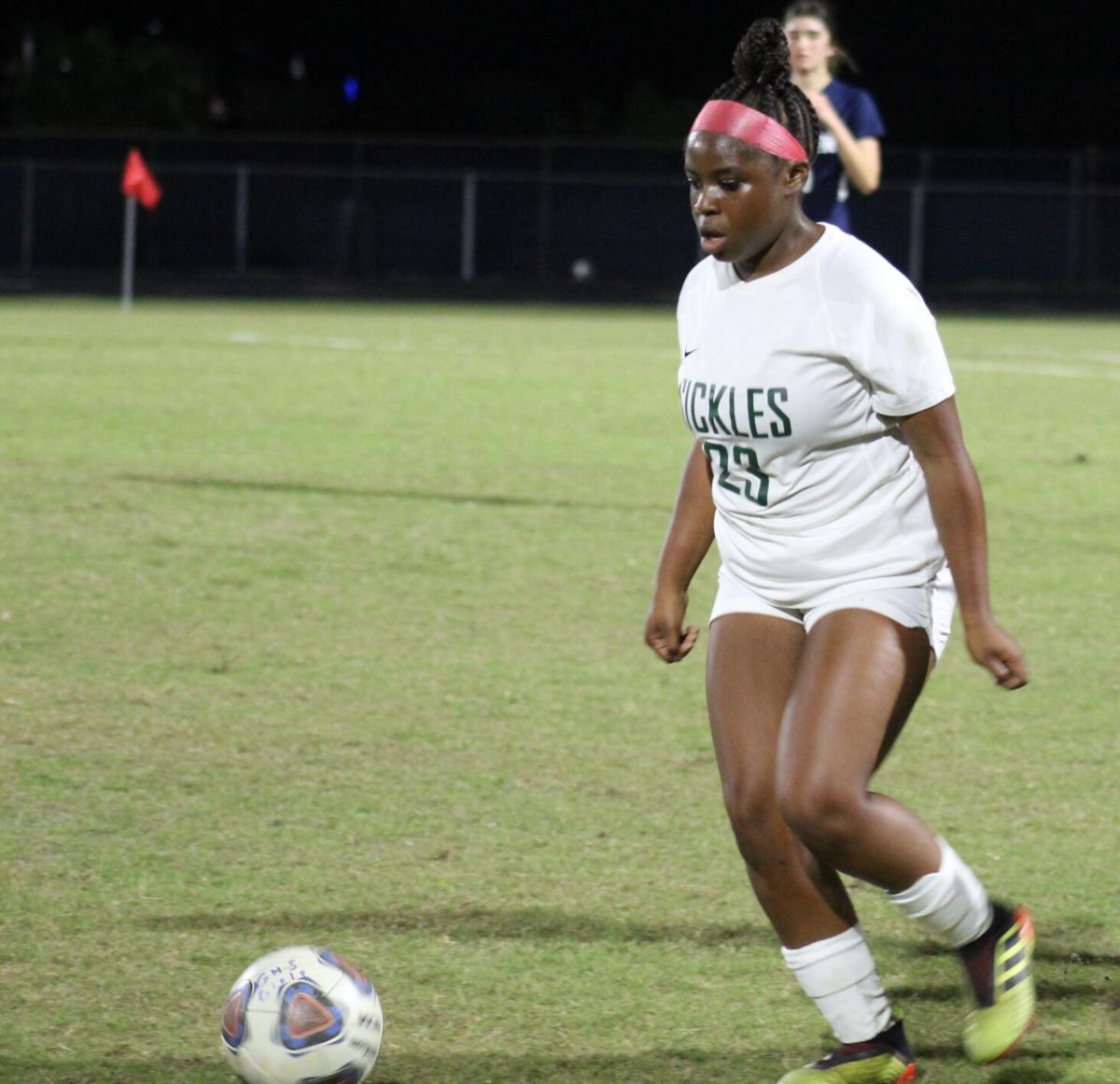 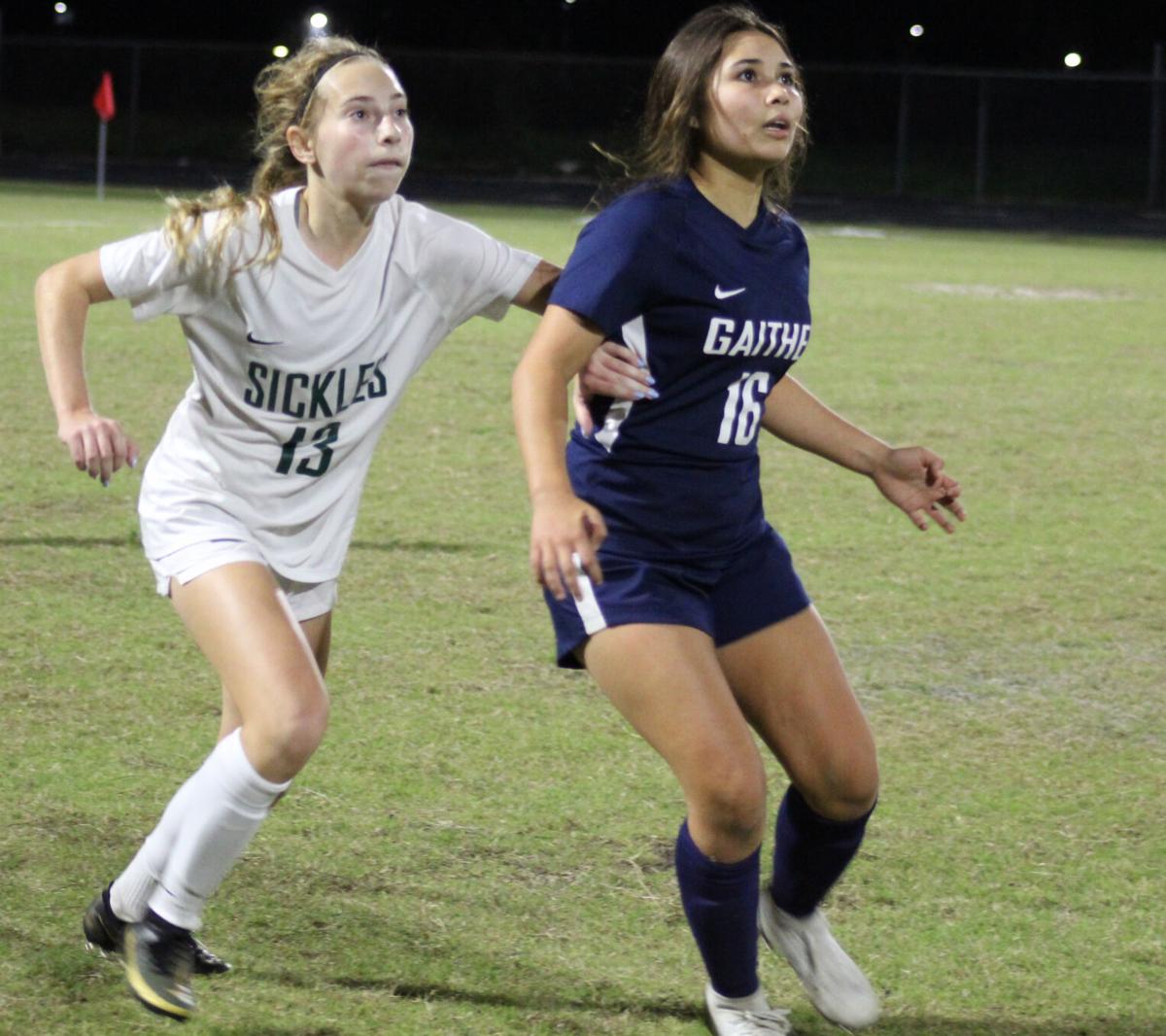 The Sickles girls soccer team is in the midst of its best season in years, notching high-quality wins over district opponents Plant and Steinbrenner.

CITRUS PARK – The Sickles girls soccer team is no stranger to difficult competition.

Based on geographics and the sheer quantity of quality in the Tampa Bay area, the Gryphons always find themselves lumped into districts with potential state final four programs. Despite seven straight winning seasons and fielding some high-level squads, the Gryphons have not been able to capture a district title or get beyond the region semifinals over that period.

It’s a frustrating reality, but that may be changing this year.

Sickles entered this week 11-2-3 overall and have picked up wins over Hillsborough County nemeses Plant (4-0) and Steinbrenner (2-0). Both opponents also occupy slots in the Class 7A District 6 standings along with Sickles. Add in perennial Pinellas County powers Palm Harbor University and East Lake and it creates one of the deepest, most-talented leagues in the entire state, regardless of classification.

But if a team wants to be the best, they’ve got to beat the best, and that’s the mentality this Gryphons team and its third-year coach Patrick Dominique lives by in 2022.

“In the summer when I made the schedule, I added six extra games against really good teams,” Dominique said. The Gryphons’ two losses came against a couple of those opponents – Lakeland Christian and Cape Coral Mariner – and they’re a better team for it.

“(The girls) all feel like this is going to be their year, but to actually do it is another thing,” Dominique said. "What I think helped us is playing those tough teams. Lakeland Christian was probably one of the most amazing first games to have, and Mariner was amazing, too.”

Sickles lost both of those hard-fought matches 1-0 and the team has only gotten better because of playing in those battles, Dominique said.

“The toughest part of the season is over and we’re just trying to sharpen up our tools,” he said, adding that the last regular-season test comes Wednesday, Jan. 12, at home against East Lake. “We’re well-rounded. You can’t just stop one player; you’ve got to stop the whole team.”

The considerable list of problems for opponents to account for begins with senior captain Ashley Paul, a USF commit. “There’s no answer for her, there really isn’t,” Dominique said from the Gaither High field after Paul’s six-goal effort last week. “She’s just that good.”

As formidable as the Gyphons’ attack can be, their ability to keep opponents off the scoreboard makes them incredibly difficult to beat. Entering the week, Sickles has surrendered just 13 goals in 16 matches and shut out five opponents. Senior Ana Rivera and sophomore Skylar Bernard star in the back for Sickles and Dominique said he expects starting keeper Jada Samuels to return to the net by the end of the month.

As the season closes in on district tournament time, Sickles finds itself in a good position to return to the postseason after a two-year absence. Entering as a district champion that gets to host a first-round match will be optimal and most likely require picking up two more wins over formidable foes.

If Sickles trips up in the district tourney, it can still qualify as an at-large berth based on FHSAA power rankings. As of last week, the Gryphons would get in as the No. 7 seed if they failed to capture the league crown. Those rankings, which are updated weekly, place Sickles behind three other District 7A-6 opponents, including two its beaten in Plant and Steinbrenner.