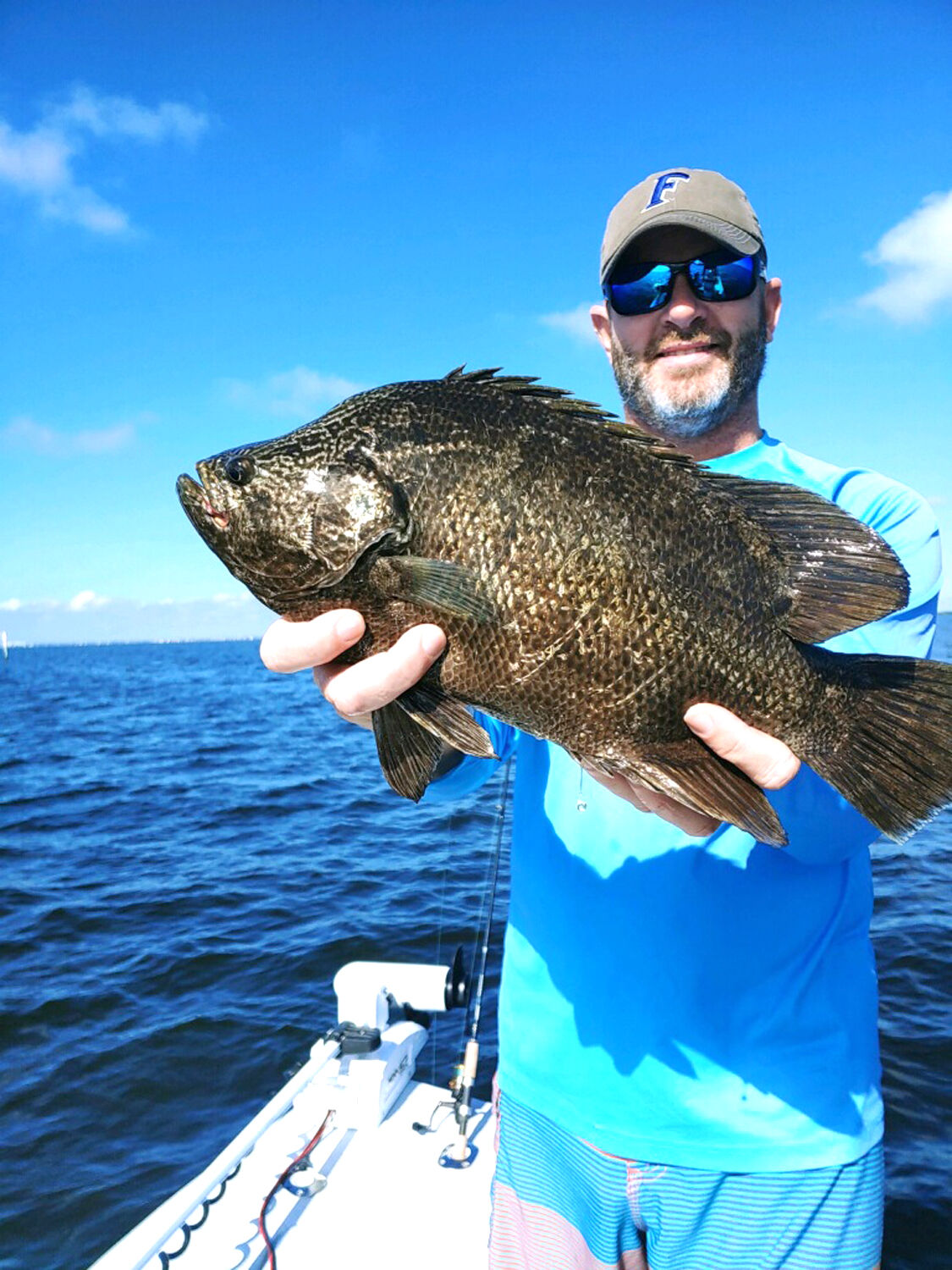 Capt. Chuck Rogers has been putting his anglers on some fantastic tripletail fishing in Tampa Bay. This happy angler shows off one of eight fish taken on a recent trip. He’s using live shrimp and just a split shot for weight. The fish are hanging around range markers. 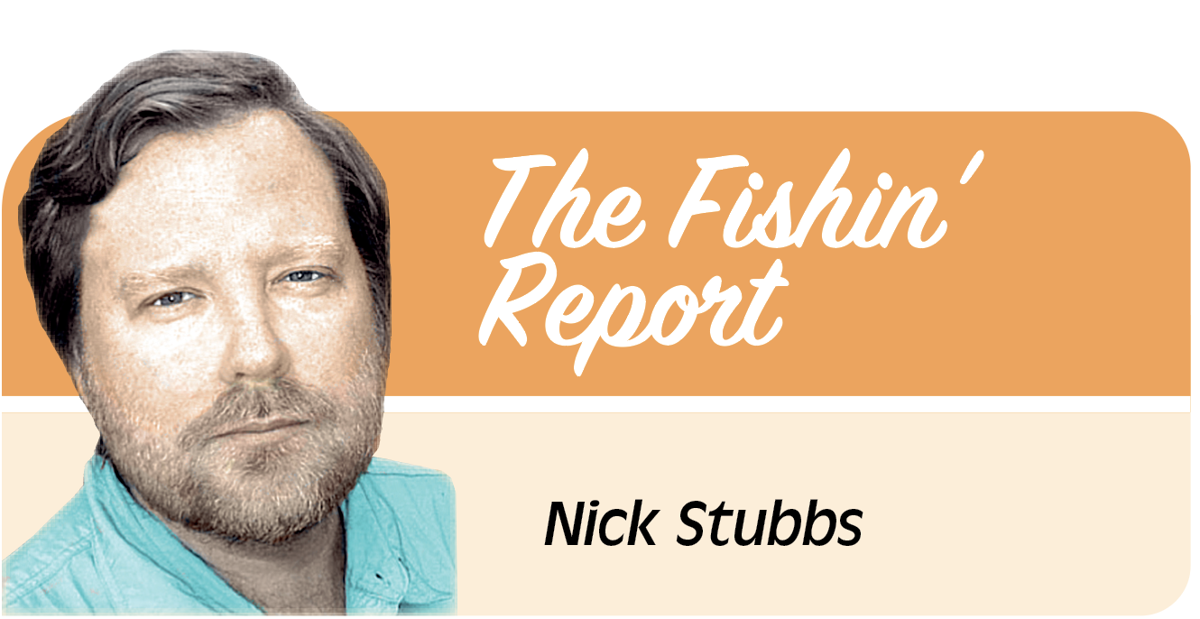 Capt. Chuck Rogers (813) 918-8356: Capt. Chuck says the tripletail have shown up in good numbers in Tampa Bay. He’s bouncing between range markers and other structures and spotting them near the surface. He had one trip with eight nice fish boated on live shrimp. He advises having a heavy rod ready, as there are some big cobia around some of the markers. Reds are in small pods on the flats at Weedon Island. They will take live sardines, but cut ladyfish is particularly effective right now. Trout are hanging around the 5- to 6-foot drop-offs at the edge of shallow flats. Snook are all over, though most have been smaller males. There’s been an explosion of bait schools from the Skyway Bridge to above the Gandy Bridge. Spanish mackerel schools have been crashing the bait schools in 10 to 12 feet of water.

Capt. George Hastick (727) 525-1005: Capt. George reports the snook fishing is strong. He’s finding fish at places like Picnic and Weedon islands, with fish working the mangrove lines. There is lots of bait in the bay right now, and he’s finding plenty of scaled sardines in the 3- to 5-inch range, which make good snook baits. The reds are on the flats from Weedon Island north, and they’ve been in the shallows at Picnic Island, as well. They are taking cut bait better than anything else. Spanish mackerel schools are working the bay, and that action will only get better after a cold front or two.

Gandy Bait & Tackle (813) 839-5551: Robert said his customers are reporting fantastic snook fishing in Tampa Bay. A hotspot has been rocky areas on the flats off the American Legion post on the east side of the bay just south of the Gandy Bridge. Reports have come in of schooling, oversized reds on the flats off the St. Pete-Clearwater Airport on the west side of the bay. Cut threadfins seem to be working best. Trout have been taken on the grass bottom in front of Picnic Island. Mangrove snapper fishing has been solid around the bridge pilings and bay reefs.

Riviera Bait & Tackle (727) 954-6365: Jacob reports anglers are fishing schools of black drum that have been in Boca Ciega Bay around Gulfport. A few have been showing up inside Tampa Bay, as well. Live mud crabs have been tops. Redfish action has been good, with schools of big fish running on the flats from the Howard Frankland Bridge to above the Courtney Campbell Causeway. Trout fishing has been decent over grass bottom off the Causeway. A number of reports of tripletail have been coming in from the Skyway Bridge to the Gandy Bridge area.

Mitch's Bait & Tackle (727) 826-0265: Ryan is hearing about oversized reds working the flats at Weedon and Picnic islands, as well as shallows just off the east end of the Gandy Bridge. Some large tarpon have been spotted around the Gandy, but even larger fish have been rolling at the mouth of the bay and around the Skyway Bridge. The pompano bite appears to be on off the Pinellas Gulf beaches. Some anglers have been fishing in the surf as far north as Madeira Beach, but there have been catches from there south to the mouth of Tampa Bay.