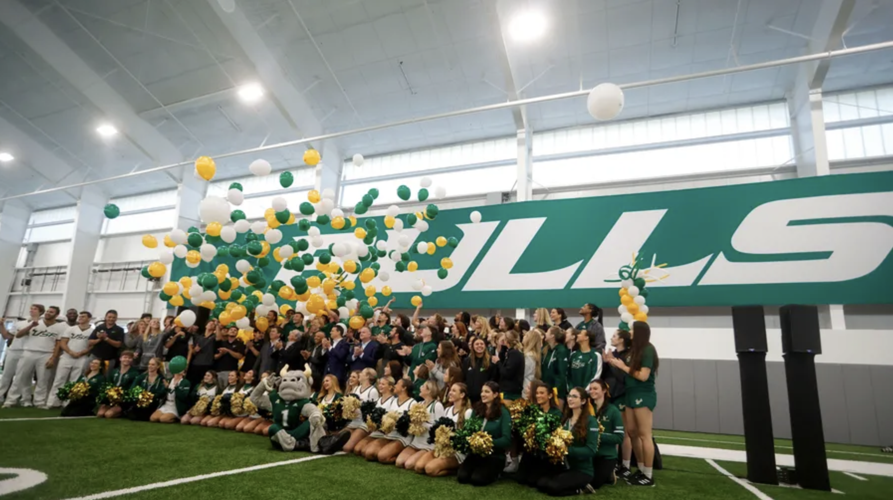 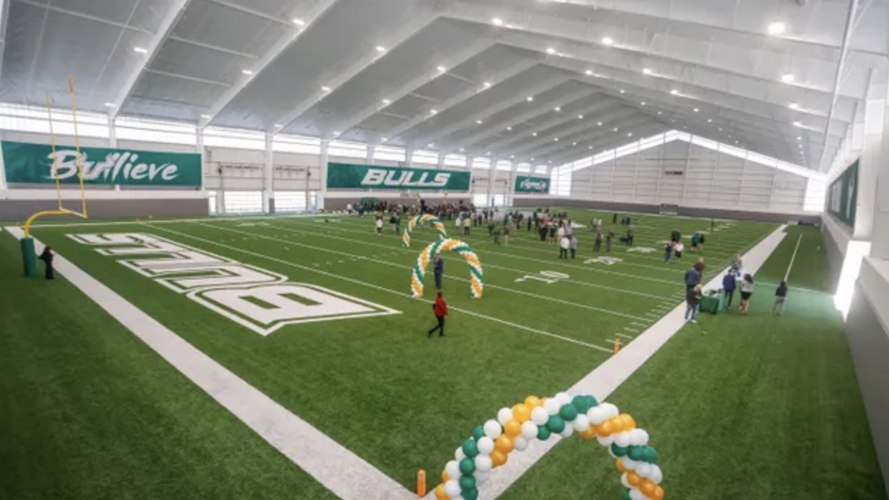 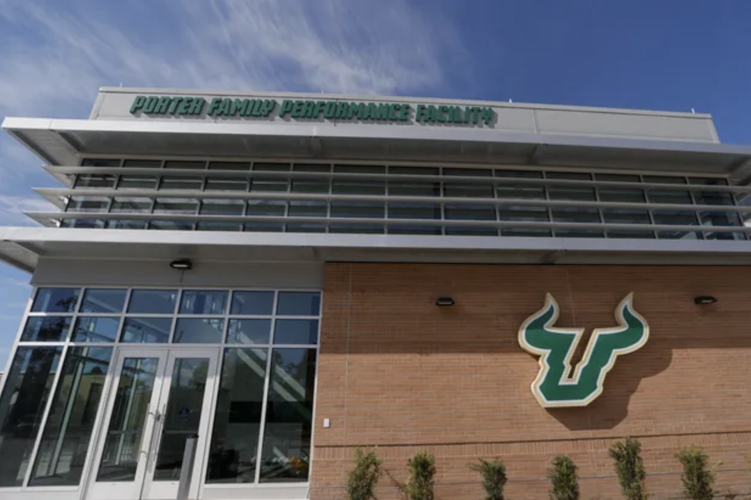 TAMPA — When USF formally opened its Porter Family Indoor Performance Facility on Jan. 10, it didn’t feel like the culmination of a project five years and $22 million in the making. It was more like a celebration for what’s next.

“This is a great start, right?” president Rhea Law told a crowd of several hundred supporters. “But we all know that there’s something in our mind about the next step, and that is the on-campus stadium.”

The Bulls plan to build that stadium just north of the indoor facility, perhaps close enough to cast a literal shadow over it. Though construction is years away, the stadium still cast a metaphorical shadow over the ceremony. Law paused her remarks to ask for a “rousing cheer” for the stadium. Football coach Alex Golesh and lacrosse coach Mindy McCord brought it up unprompted, as did board of trustees chairperson Will Weatherford.

“This is the new crown jewel of that athletics district,” Weatherford said of the indoor facility, “that ultimately is going to have an even newer and bigger crown jewel soon.”

The just-opened crown jewel deserves some attention on its own. USF first announced it would build an indoor facility in 2017 as part of a $40 million football center. Plans changed. Coaches did, too, from Charlie Strong to Jeff Scott to Golesh.

Golesh will benefit from the work of his predecessors. Quarterback Gerry Bohanon said practice “instantly got more competitive” when the facility opened for limited use in November, but that was just the beginning. Players will be able to take breaks from the suffocating heat. Practices will no longer be called off or modified because of storms.

The 88,000-square-foot facility is nice, with natural light peeking in through windows near the roof, a high-functioning air-conditioning system and a full-length field some major programs lack. It isn’t flashy, and it doesn’t need to be. It, as athletic director Michael Kelly said, is functional and efficient. Golesh said it “puts you on a level playing field” by eliminating a significant, practical disadvantage. More than that, he views it as a symbol of where USF is headed.

“It’s really more than anything a sign of the commitment that’s been made to going to places where we haven’t been,” Golesh said.

The stadium is the next sign of that commitment. The biggest one yet.

Though there haven’t been any major announcements since USF identified Populous and Barton Malow as its design and build partners in September, the Bulls have been working behind the scenes toward the 35,000-seat stadium. Among the two biggest unanswered questions: What do the Bulls want, and what can they afford?

To answer the first, USF, Populous and Barton Malow have held preliminary meetings to discuss must-have and wish-list items. Golesh had his first just before the Jan. 10 ceremony, discussing everything from parking to meeting rooms to the football operations components the project is expected to include.

Similar conversations are happening across the athletic department. What does the sports medicine staff require? What about the content creation team? Lacrosse?

“You need to design it to be successful and to be elite,” Kelly said. “That’s what we’re trying to do.”

As the design phase unfolds this year, the Bulls will also start finalizing a budget for the nine-figure project. That will be based on what their wish lists costs, of course, but also what USF can expect to make from new revenue streams the Bulls don’t have in their Raymond James Stadium lease. That new income will help pay for bonds, which will be “a lot of what will ultimately fund the stadium,” Kelly said. Those details will be figured out over the coming months.

The timeline for USF’s next grand opening remains unchanged. Weatherford continues to push for it to open for the 2026 season but acknowledged that uncontrollable issues like the supply chain could delay it.

“It won’t be too long before we are breaking ground and making progress and kind of seeing the verticalization of it,” Weatherford said.

And, two years after that, the latest, biggest crown jewel of USF athletics would be ready to cast a literal shadow over its current one.